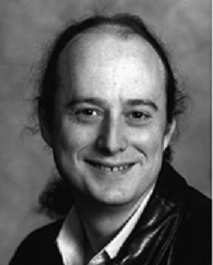 Dr. Clifford Lynch, Executive Director of the Coalition for Networked Information (CNI), gave the Fifth Antonija Prelec Memorial Lecture on May 31, 2006. The title and topic of his talk was “E-Research and Cyberinfrastructure: Implications for the System of Scholarly Communication.”

Dr. Lynch is Executive Director of the Coalition of Networked Information (CNI), a position he has held since 1997. Prior to joining CNI, Dr. Lynch spent 18 years at the University of California Office of the President, the last ten as Director of Library Automation. He holds a Ph.D. in Computer Science from the University of California, Berkeley, and is an adjunct professor at Berkeley’s School of Information Management and Systems. He is also a past president of the American Society for Information Science and a fellow of the American Association for the Advancement of Science and the National Information Standards Organization.

Dr. Lynch currently also serves on the National Digital Preservation Strategy Advisory Board of the Library of Congress, and was a member of the National Research Council committees that published “The Digital Dilemma: Intellectual Property in the Information Infrastructure” and “Broadband: Bringing Home the Bits,” and now also serves on the NRC’s committee on digital archiving and the National Archives and Records Administration.