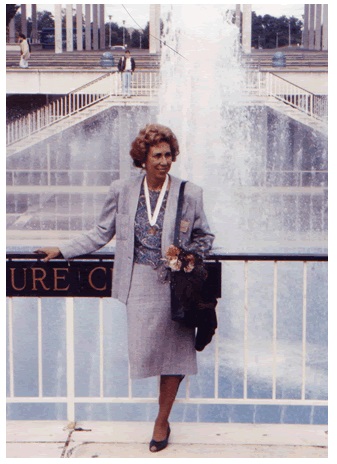 Toni was born in Sibenik, Croatia on March 2, 1929. A life-long learner, with probing intelligence and great vitality, she earned a B.S. in Physics and Mathematics in 1952 and an M.S. in Library Science in 1965 from the University of Zagreb. In 1967, Toni, her husband Krsto and their family moved to the U.S. where Toni became the Librarian at the Fine Hall Library for Mathematics and Physics at Princeton University. In 1972, the Prelec family moved to Setauket where Toni became Serials Cataloger at the Melville (Main Campus) Library at Stony Brook University. In 1974, she accepted the challenge of establishing the new Health Sciences Library at the University. Over the next 26 years, Toni built the HSC Library's collections with passion and zeal. She quickly won the admiration and appreciation of the administration, faculty, staff, and students. As Associate Director, she championed the application of new technologies to improve access to information and increase staff development.

Toni's unique contributions were recognized often during her distinguished career. Twice she won the Presiden's Award for Excellence in Librarianship, and the NewYork State United University Professions Excellence Award in 1990. In 1998, she earned the Sigma Xi Scientific Research Society's Award for Promotion of Research in Science. Her extraordinary knowledge of scientific publishing, coupled with her warmth, vitality and wit, endeared her to everyone she met over the years.

Toni passed away unexpectedly in the summer of 1999. A superb medical librarian, treasured friend, colleague and mentor, she is greatly missed.