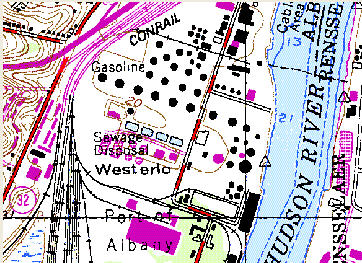 Foreign Topographic Maps: Foreign topographic maps are arranged by continent and country according to the Library of Congress classification schedule for maps (a summary of the Library of Congress map classification schedule is pasted on top of the foreign map cases). Topographic maps make up the bulk of the foreign maps in series . In looking for these maps, keep in mind that they are filed at the back of the Map Collection after the smaller-scale foreign sheet maps . If detailed topographic maps are not available for the area you are looking for, try using the 1:1,000,000 and 1:500,000 scale maps of the world. The 1:1,000,000 scale world maps are filed at the beginning of the foreign topographic maps. The 1:500,000 maps (Tactical Pilotage Charts) are in the white file cabinets against the wall (see map of the map collection).