Learn about the collections at the Pollock Krasner Study Center at the Stony Brook Southampton Library. 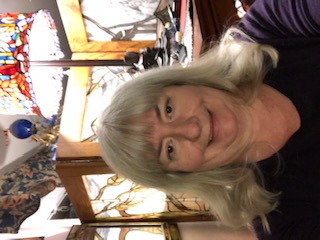 Tour of the Pollock-Krasner House Studio

The Pollock-Krasner House in East Hampton preserves the house and studio that Jackson Pollock and Lee Krasner moved into in 1945. The Pollock-Krasner Study Center, located inside the Stony Brook Southampton Library is part archive and library.  Together they promote the study and interpretation of modern art in America, particularly on the East End of Long Island.

The research collections include the archives of the Pollock and Krasner catalogues raisonné; photographs by Hans Namuth, Martha Holmes, Maurice Berezov, Mark Patiky and others; and Pollock- and Krasner-related documents and ephemera.

An oral history collection of audio and video tapes includes interviews with Pollock and Krasner, their family, friends and colleagues; lectures and panel discussions; television and radio programs; and documentaries and feature films about artists that are available for public and scholarly auditing/viewing.

The Study Center is open to students, researchers, and the general public by appointment at the Southampton Campus Library of Stony Brook University.