Resources and strategies for evaluating news sources and content, and identifying fake news

Making Sense of the News: News Literacy Lessons for Digital Citizens is a six week Coursera course developed and taught by faculty from Stony Brook University School of Journalism and the University of Hong Kong Journalism and Media Studies Centre.

Why should you care about whether or not your news is real or fake?

What can I do to avoid fake news? 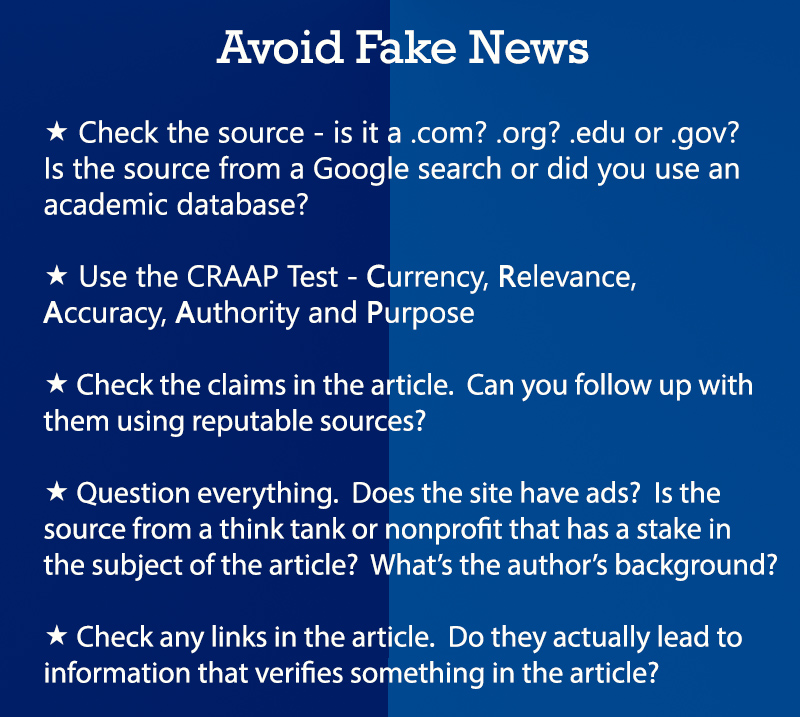 Fake news in the news

One of the ways in which a news source demonstrates its authenticity and responsibility to its readers is through a publicly accessible code of ethics or standards.  A sample of various codes, mission statements and ethics handbooks are listed below.