Resources That Rate The Evidence 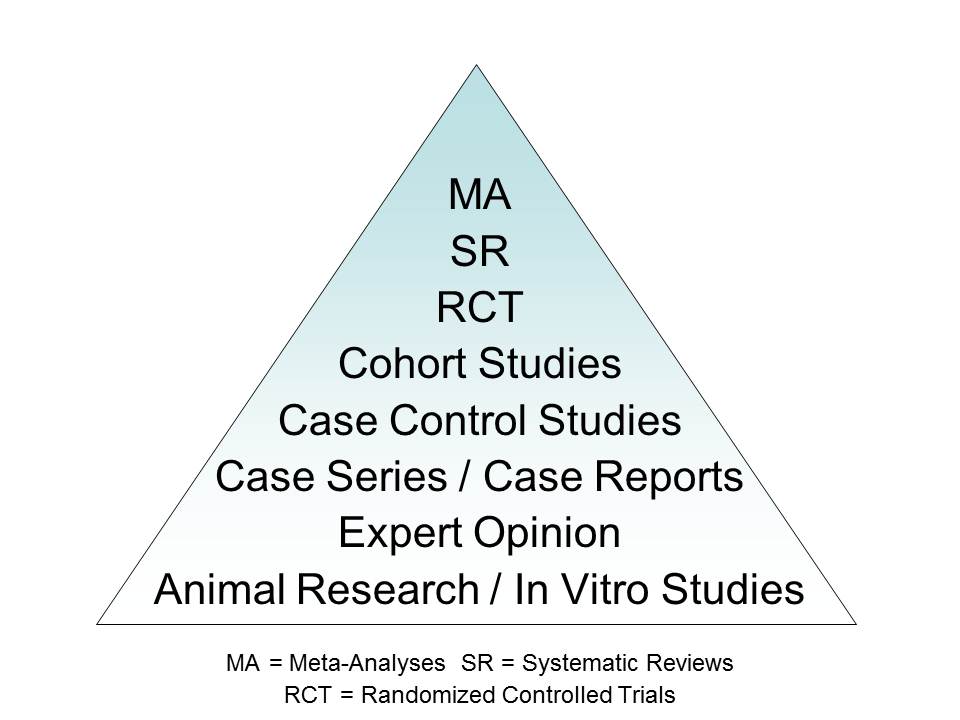 Critically-appraised individual articles and synopses include:

1. Studies in which randomization occurs represent a higher level of evidence than those in which subject selection is not random.

2. Controlled studies carry a higher level of evidence than those in which control groups are not used.