Use this guide to for context and related content to inform your reading of Tara Westover's 2018 memoir, Educated. 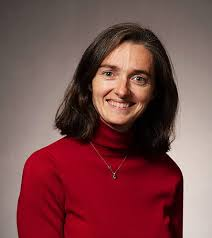 What is a memoir?

The genre of a creative work helps you understand more about the author's intentions, intended audience, and writing style. For example, you would expect different qualities from a poem than from a novel; from opera than from musical theatre; or from a watercolor than from a photograph.

An important genre in the world of books, a memoir is a first-person account of specific true events in the author's life. Whereas autobiographies tend to be written by famous people, memoirs can be written by anyone. Readers often read memoirs more because of their interest in a memoir's subject matter and less because they are interested in factual or chronological details of a person's life. There is also often a strong emotional element in the telling of one's personal story in a memoir, which might transcend human experience and create a shared sense of empathy, understanding, and knowledge amongst readers.

For more information about how a memoir is different from an autobiography, see these resources: