Stony Brook University is situated on an 1,039 acre site (see campus maps) on the north shore of Long Island in southeastern New York. We are approximately 60 miles east of New York City.

By Car
From New York City, take the Long Island Expressway (LIE, I-495) eastbound from the Queens Midtown Tunnel in Manhattan or the Throgs Neck Bridge or Whitestone Bridge in Queens to exit 62, and follow Nicolls Road (Route 97) north for 9 miles. The main entrance to the University is on the left. To find the campus via GPS, enter the address "100 Nicolls Road, Stony Brook, NY 11790."

Save time and money on NYS Thruway travel with E-ZPass.

By Train
Take the Long Island Railroad's Port Jefferson line from Penn Station in Manhattan to Stony Brook. The LIRR station is at the north end of the campus; bus service to the central campus is provided. Trains to and from Penn generally require transfers at Jamaica or Huntington. Hicksville is also a transfer point on some lines. Find schedule and fare information here.

By Plane
Long Island's Islip-MacArthur Airport is 16 miles from the campus and is serviced by direct flights by major airlines and commuter lines.

New York City Area Airports (JFK, LaGuardia and Newark) are 50 miles to the west. From Kennedy Airport ,you may take the AirTrain to Jamaica Station and transfer to the LIRR for the train to Stony Brook (Port Jefferson line).

Driving directions to Stony Brook University from Islip-MacArthur Airport: Exit the airport and turn left onto Veterans Memorial Highway (Route 454 West). Merge onto Sunrise Highway (Route 27) and take the second exit onto Nicolls Road. Drive north for 12 miles. The main entrance to the University is on the left. 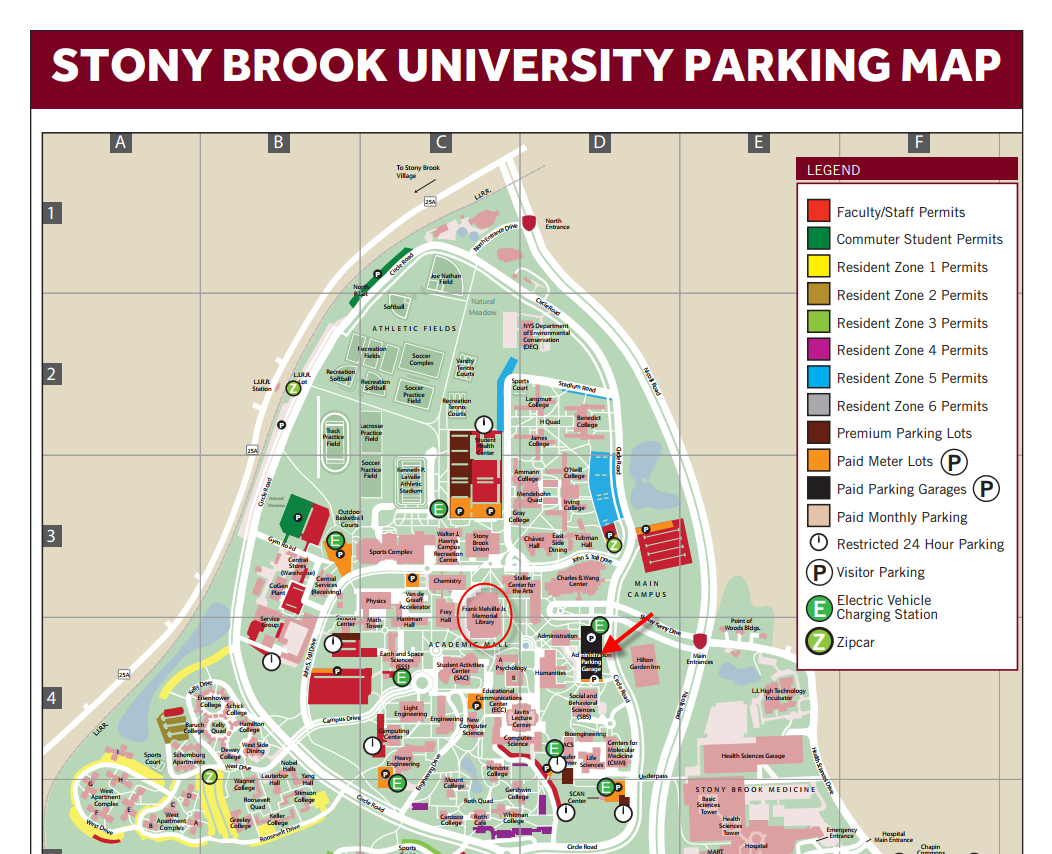 You can park in the Administration Parking Garage which is very closed to the Melville Library.

Please click here and find additional maps and directions to Stony Brook.  An interactive map can be found here.